With all of its stunning complexity, it’s a miracle that more doesn’t go catastrophically wrong with the human body.

It contains over 100 trillion cells, at least 10 times as much bacteria, and a brain containing over 86 billion neurons.

It contains a heart that has to beat around 100,000 times each day; it pumps out over 65 gallons of blood per hour… every hour… all day long.

It contains lungs that, if flattened out, would cover the area of a tennis court and airways that could stretch halfway across the country.

But sometimes it doesn’t work the way it’s supposed to.  Those same amazing brains, hearts, and lungs can contract a litany of terrible ailments.

The CDC estimates that somewhere around 18.2 million adults in this country suffer from some type of coronary artery disease.  That’s 6.7% of the US adult population.

But that also means that around 280 million adults don’t suffer from it.  A full 93.3% of the population whose hearts are miraculously doing ok.  Their hearts beat those same 100,000 times per day… and they somehow don’t break.

There are over 7.6 billion people in the world today.  They’ve likely all had something go wrong at some point… at a minimum, a terrible cold or flu… and most of them are still upright and walking around just fine thanks to a resilient human body and the wonder that is modern medicine.

Markets bottomed on March 23, 2020… one year ago today.  It’s hard to fathom what’s happened over this past year and contextualize it.  It’s truly been like living in the twilight zone.

Consider the following things that have taken place:

Over 29 million new cases of coronavirus have been diagnosed in the US.

Consumer confidence has fallen by 31%. 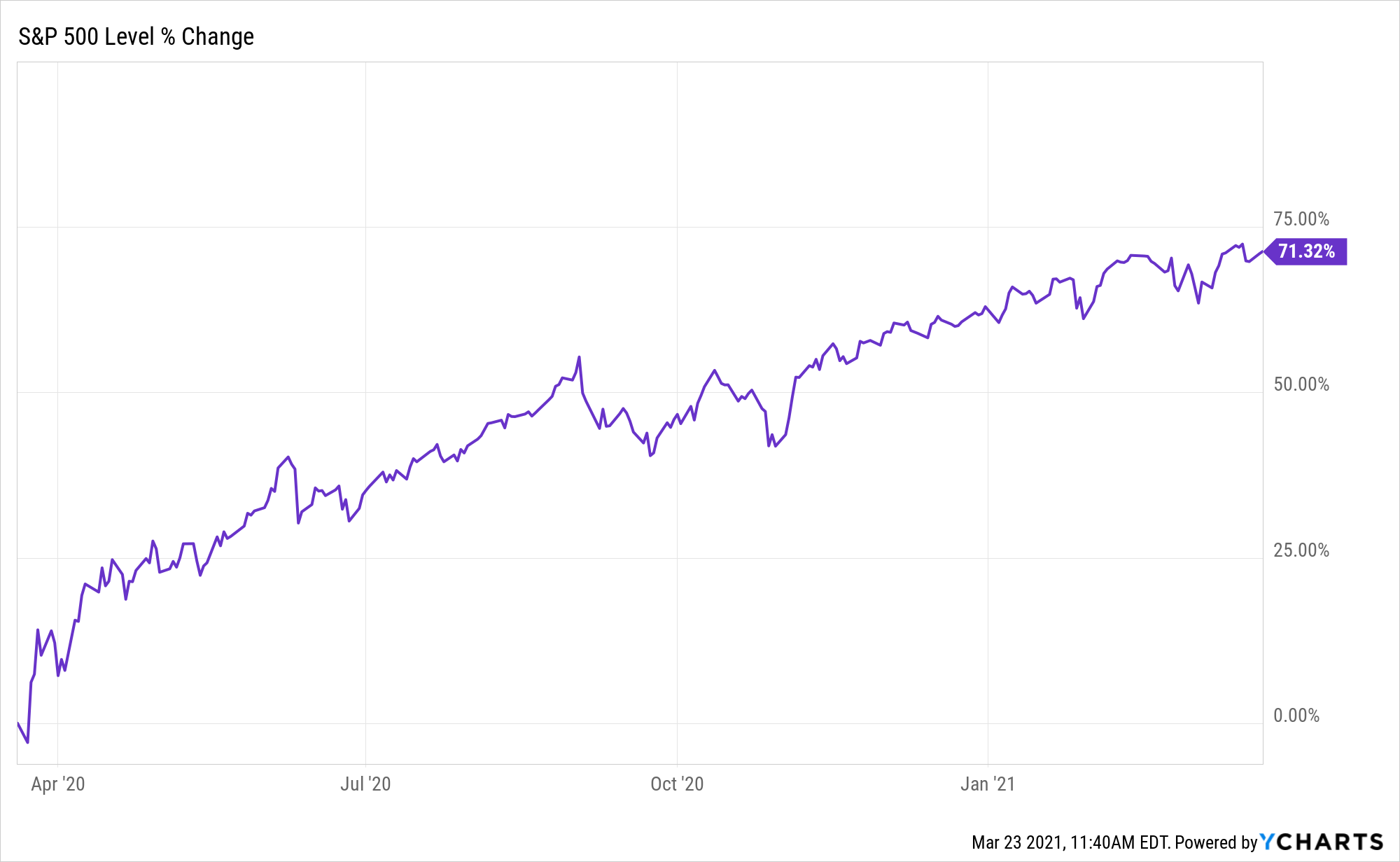 This was unfathomable one year ago.  We were on the brink of collapse.  Travel was restricted and people were told to stay home.  The world was getting a lot worse and markets reflected that.

But then things started to happen…

The Fed and Treasury got involved and started throwing money at the problems.

And, most importantly, vaccines started being developed and tested way faster than anyone thought they could.

All of those bad things I referenced earlier?  The market started discounting them differently as a result…

It’s not the 29 million cases that the market is reflecting… it’s the trend in case counts that is wildly improving thanks to a vaccine.... 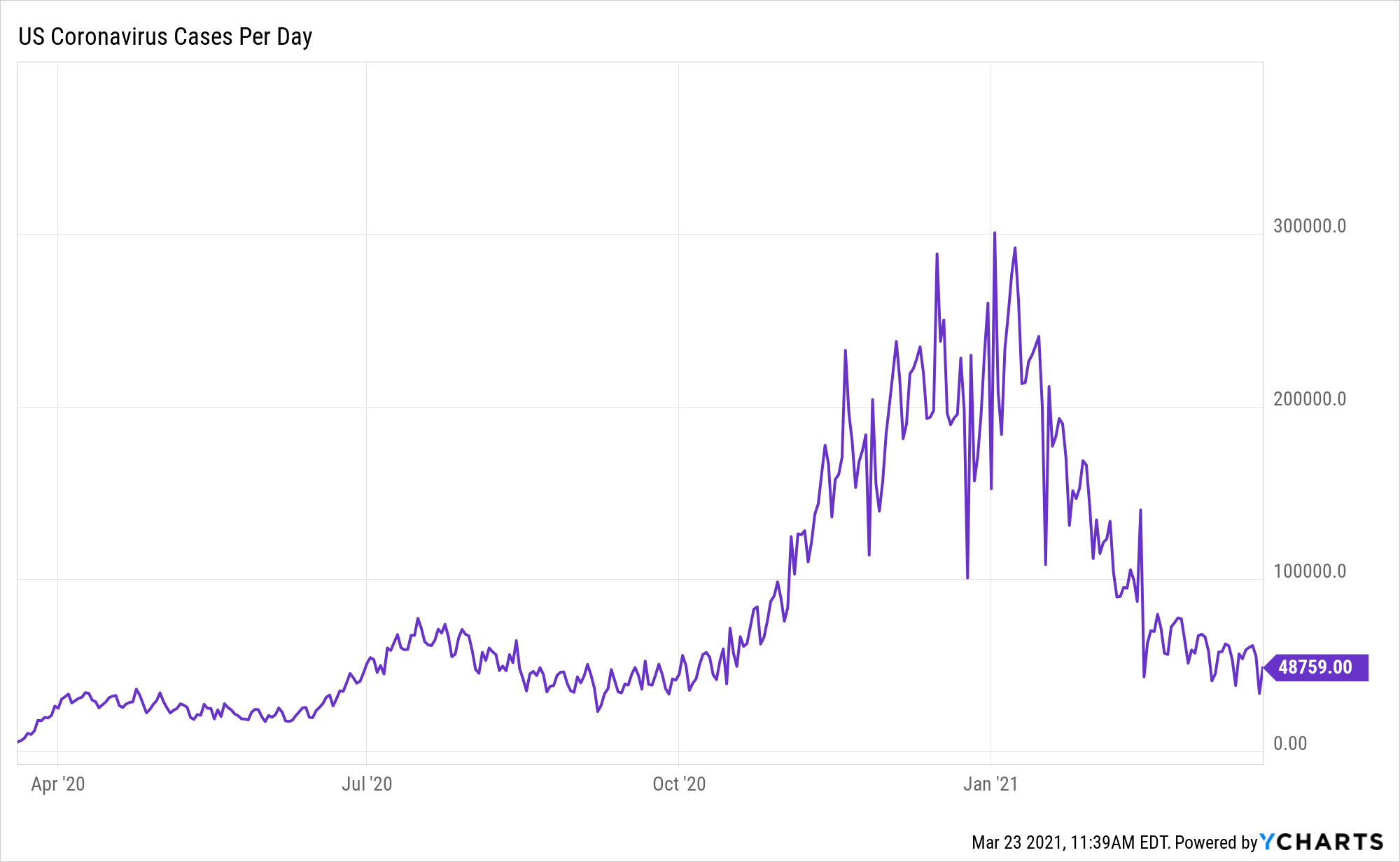 It’s not unemployment doubling that the market is reflecting… it’s the precipitous fall in unemployment from its April peak.... 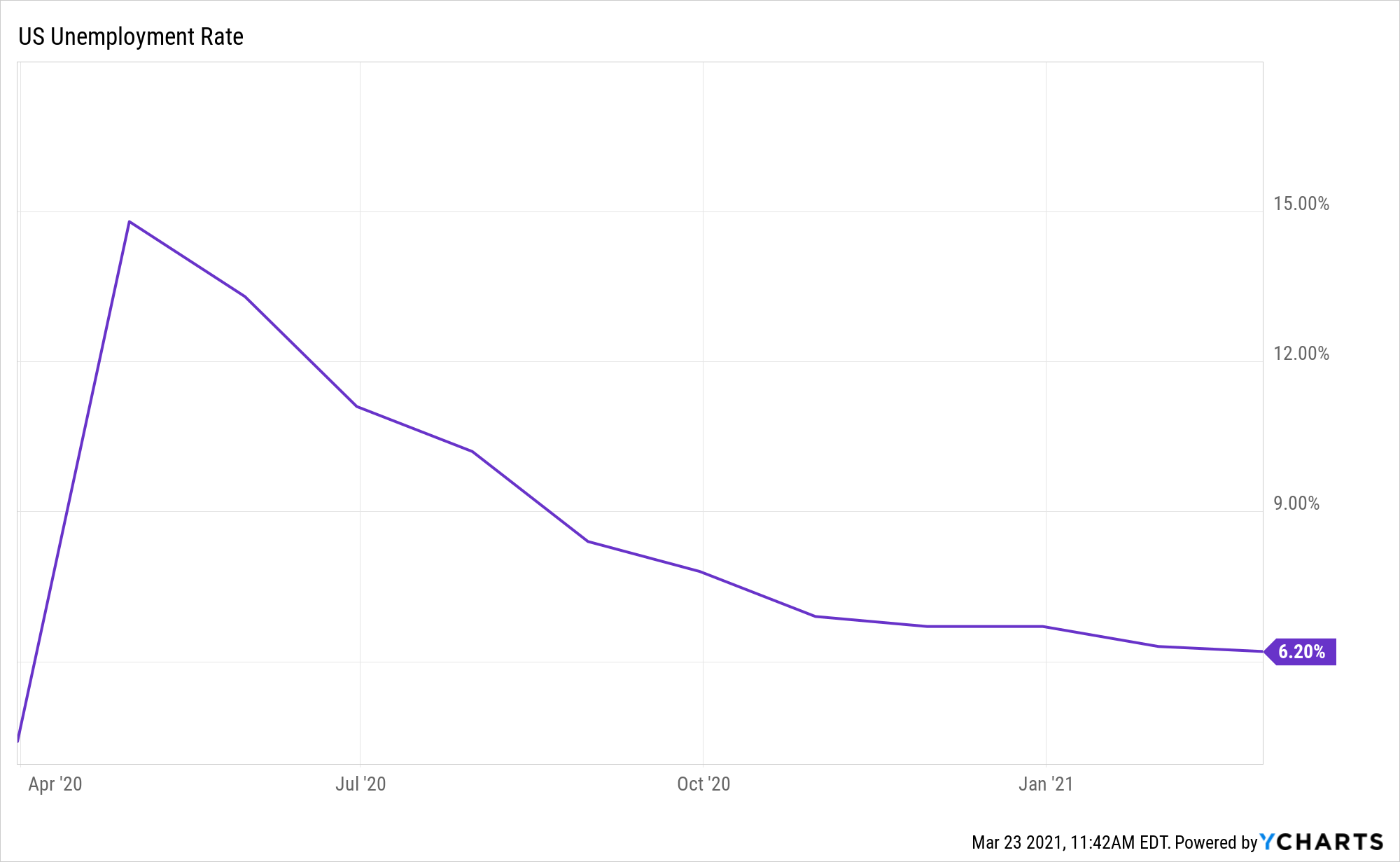 It’s not consumer confidence down by 31% that the market is reflecting… it’s the trend higher from its bottom last April.... 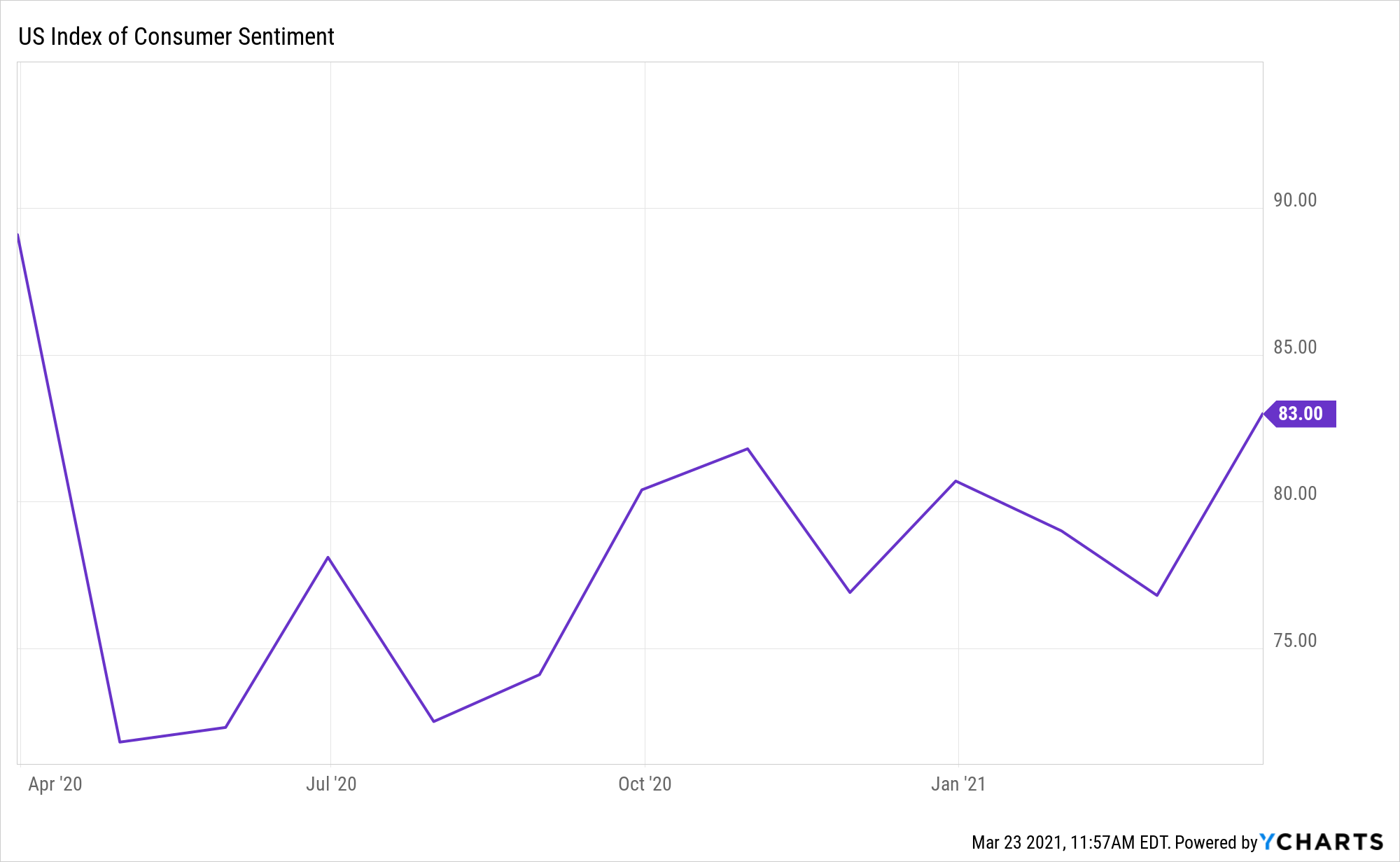 None of this is to suggest that everything went right; nor is it to suggest that we are out of the woods just yet.  There are still a lot of areas of the economy that are hurting and will be for some time to come.

The vaccine rollout has been far from perfect but don’t lose sight of the fact that what was accomplished with this vaccine in one year usually takes more like a decade.

The economy continues to require an extraordinary amount of stimulus.  But people are spending and traveling again and so it looks like, for now at least, it’s working.

So with all that can go wrong and has gone wrong, here you are… reading this.

The light is hitting the retinas in your eyes.

The photoreceptors are turning them into electrical signals.

And those electrical signals are traveling through your optic nerve and into your brain.

Finally, your brain is turning that signal into the words you’re reading here

All in real time.

Maybe your eyesight has suffered with age.  Maybe your memory isn’t what it used to be.  But here you are… still reading this.