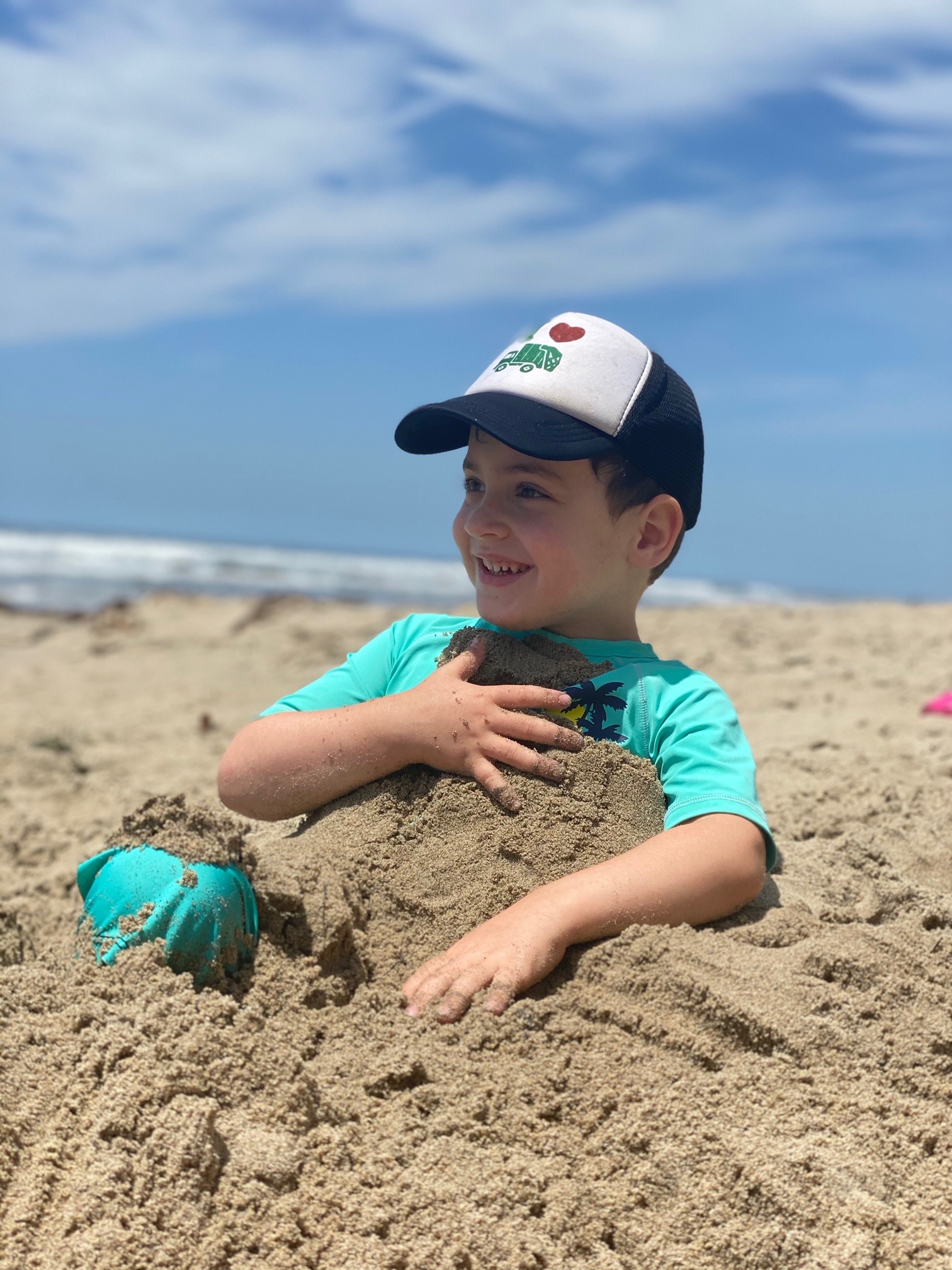 Oliver is 4 years old and obsessed with the weather.

Oliver is my middle son.

Oliver’s first activity when he wakes up in the morning is to run into our bedroom and ask to look at what the weather will be across twenty pre-selected cities. He knows the weather in places as far flung as London and as obscure as Murfreesboro, Tennessee (h/t Chris and Weezy). He knows the humidity levels in tropical climates like Yucatan and desert climates like Indio. In fact, he can tell you something about each of the cities whose weather patterns he studies. For instance, Lille is a city in France where his nanny’s family lives. Boston is where we went on vacation once. ANAHEIM IS WHERE DISNEYLAAAAAAAND IS!!!!!!

We do this every morning.

Most of the time.It rained last Friday night in Fort Smith, Arkansas (fact about Fort Smith: that’s where Oliver’s grandfather is from). That wasn’t supposed to happen. The weather pattern called for sun and clouds, with actually surprisingly low humidity for this time of year. The temperature wasn’t supposed to drop below a high of 68. Just another warm spring evening in the heartland.

But something happened on Friday night in Fort Smith… and Oliver was none too pleased by it. He noticed it right before he got into bed as he was doing his nightly review of the weather (DID I FORGET TO MENTION THAT THIS RITUAL TAKES PLACE AT VARIOUS POINTS THROUGHOUT THE DAY AND NOT JUST IN THE MORNING??).

Here’s how it went down:

Oliver: “But it wasn’t supposed to happen until Monday… can you call someone?”

Oliver: “But it wasn’t supposed to rain and it did. What if people don’t have umbrellas?”

Me: “Oh don’t worry about that. It will pass by tomorrow. Seriously dude, go to sleep.”

Oliver: “But it said it would be nice tonight and it still rained so couldn't they be wrong about tomorrow, too?”

Man… that’s a pretty good question from a 4 year old. I was stumped.

On the one hand, I think that the Apple weather app is actually pretty good and directionally accurate with its predictions (I researched this and found out that Apple pulls their weather information directly from The Weather Channel).

On the other hand, this is the third time that we’ve run into this issue where we didn’t think it would rain and it did.

It took me a while to think through this one but here’s what I came up with:

When Oliver looks at the weather, he is looking daily at 20 cities across the globe. Large cities and small ones, cities with predictable weather patterns and those whose only predictability is their unpredictability. But the weather prognosticators need to make a call and so they put up their best guess. Occasionally they’ll tweak it but, for the most part, it stays pretty consistent. Through the app, he can see 10 days out in advance. That means that there are 200 separate weather observations each day in the app. He’s been doing this for about the last 90 days, which means that he’s seen somewhere around 18,000 weather observations over that period of time.

An unexpected thunderstorm in Murfreesboro a few weeks ago.

These three stand out because when you talk to Oliver about the weather, he will inevitably bring these up. He knows rain isn’t fun and it means people can’t go outside. He also intuitively understands that when it rains unexpectedly, people are often unprepared.

Oliver is only 4 years old but is already starting to understand the pitfalls of loss aversion.I write it every week and so I’m going to do it again for good measure:

Markets have been crazy lately.

This time though, I found a picture that perfectly illustrates why: 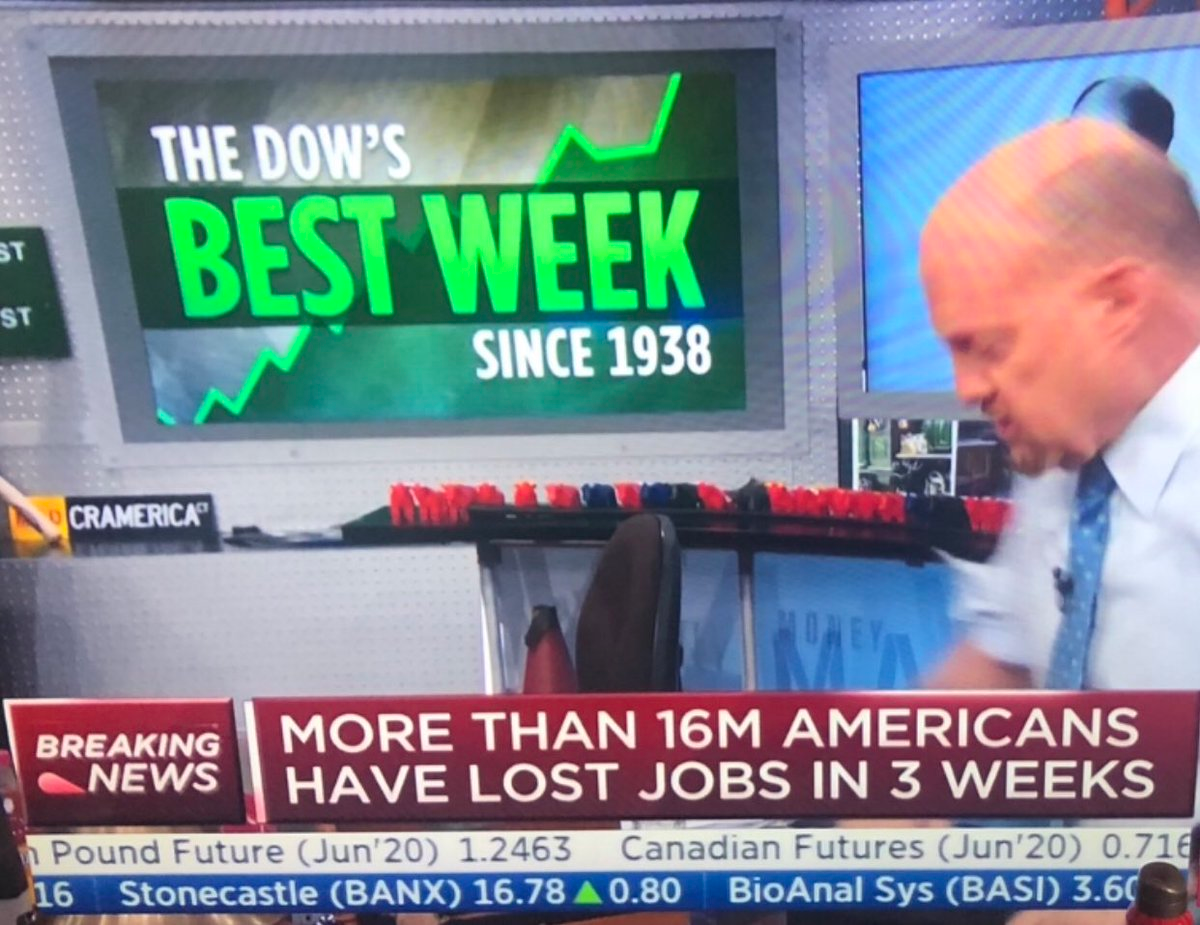 Some pictures are worth a thousand words but that one’s probably worth more like a million.

I’ve covered the idea here that crazy things can happen and can cause even crazier second order effects.  I’ve written a ton about risk.  Most of those have been focused on what could go wrong… I haven’t written too directly about what could go right.  Upside risk, as the name would imply, is how we refer to the risk of things going right.  It’s the idea that investments can go up more than you think or for reasons that you didn’t anticipate.  Pretty simple stuff but, just like downside risk, everyone forgets it when they need it most.

Upside risk is stuff like better than expected earnings, stimulative actions from the Fed, or a drop in the presumed death rate related to a global pandemic… you know, just your run of the mill kinds of occurrences .

But when thinking about risk, most people focus on events like the ones covered in this Wall Street Journal article.  Namely, really bad outcomes that no one saw coming.  I mean, the story is pretty crazy.  If I gave you the following fact pattern, what would you think the outcome would be?

Starbucks has a market cap of $86 billion

I bet you wouldn't guess that it would end with Starbucks claiming they couldn't pay in full on their lease obligations.

But not too many people talk about the flip side of that risk.

Again, a hypothetical… if I came to you on March 23rd and offered you the following fact pattern, what would you think the outcome would be?

The government is going to add another $2.2 trillion to its deficit before the end of the year

Retail sales will plunge by over 16% in April alone, setting a new all-time record.

I bet you wouldn't guess that it would end with this: 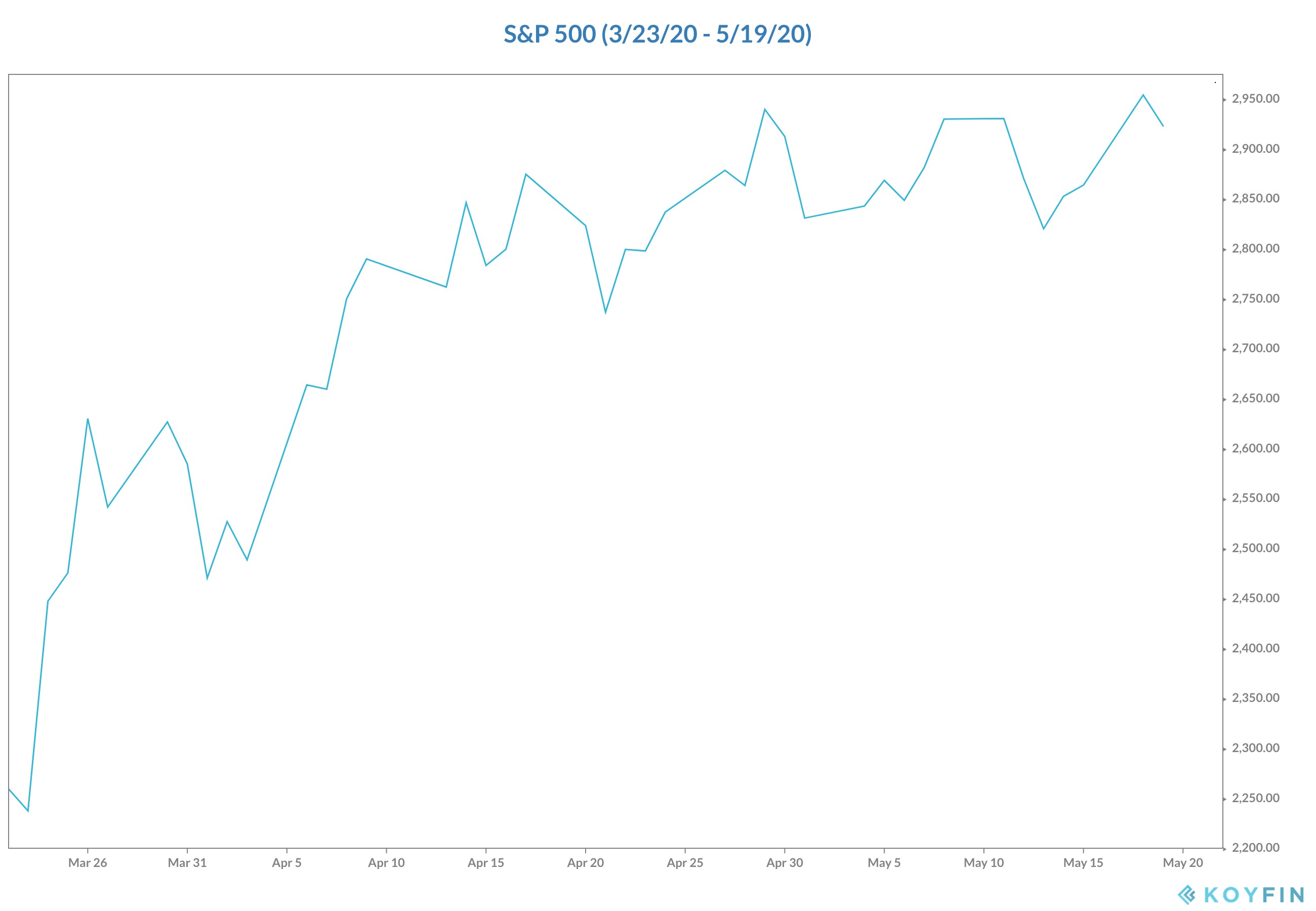 Loss aversion is a well-documented and incredibly strong behavioral bias.  Amos Tversky and Daniel Kahneman were the first to study loss aversion and their research is still used and built upon to this day.  In a nutshell, loss aversion refers to the idea that most individuals experience loss about twice as profoundly as gain.  For example, if I lost $100 on an investment, the pain I would experience from that loss would be roughly twice the corresponding pleasure I would experience if I gained $100 on that investment.

As a result, our brains are hardwired to attempt to focus on these negative outcomes and try to avoid future losses.  Basically, it feels really bad when we lose and it gets seared in our memory.  It’s a pretty primal instinct when you think about it.

Take Oliver for example.  He had around 18,000 weather observations to choose from, but the ones he will tell you about most regularly are the three worst outcomes… they just hurt more.  He doesn’t focus on the miracle of the other 17,997 being (mostly) correct.  This directly relates back to the impact of these three interactions on his brain.  They called his attention to them, they made him worry about people not having umbrellas, and they made him spend more time concerned about what went wrong with the forecasts rather than the fact that sometimes randomness just takes hold.

It made him miss the fact that the positive outcomes were actually happening all around him.
Given the current environment, I would say we’re all suffering from loss aversion a little more than usual right now.  Every time we turn on the TV, we’re bombarded with the death and destruction that the virus is causing.  These negative headlines will make us believe that nothing good is happening around us but I assure you some things are.  The data around the virus has at least been a little more encouraging of late in some of the hardest hit areas like New York and Italy.  It also seems like there is also at least directional improvement in the quest to find a vaccine.

All of that said, it’s also clear that all of this will take more time than what any of us would like so be prepared to wait.  Or, said in a language Oliver would appreciate...

Storms are undoubtedly in the forecast but sunny days will come again.