People ask me from time to time what the best part is about being an independent advisor and my answer is always the same: not having an axe to grind. There are no commission targets or product sales goals to worry about, no referral fees or affiliated servicing arrangements to disclose. The business that we’ve created is a really simple one: we provide our clients advice on their financial lives and they pay us a fee for that service. The fee that they pay us is all encompassing; there are no additional fees, markups, spreads, or products costs that we pocket on top of it. We don’t have other lines of business or other ways to make money; we just have to work really hard and provide you with a good experience and the rest hopefully takes care of itself.

This makes us a little different from many of our competitors who design complicated business models that are rife with conflicts. I combine these two traits and refer to these firms as “conflicticated” (I made up this word, but please feel free to borrow it as it does roll off the tongue better than you might expect).

Consider the following true story for proof of just how "conflicticated" the investment advisory business has become (I changed a few trivial details to protect the privacy of the parties involved, but I promise you this actually happened):

A client came to me several months ago with a statement for an investment that she had made almost five years ago that she didn’t really understand. I read through the statement and didn’t quite understand some aspects of it either so we reached out to the advisor that recommended the investment to get some clarification. The advisor didn’t know a lot about the investment so his firm’s alternative investment expert gave us a call and this is where the fun started… see if you can follow along…

In 2015, the client’s advisor told her that he thought she should have some exposure to private equity, recommending a $1 million investment in a PE fund that his firm had created.  The goal of the fund was to make late stage equity investments into privately held technology companies that had exposure to supply chain logistics businesses. In order to make this investment into the fund, the client was subject to a number of different fees, all of which ultimately went to the bank that managed her portfolio.  Those fees included the following:

So, in total, the client was paying a minimum of 2.9% annually (or $29,000) to participate in the fund, whether they generated decent returns or not. Over the expected life of the fund, these fees would likely total well in excess of $150,000 on her initial $1,000,000 investment. The fees were fairly hefty but private equity investments aren’t exactly known for their fee efficiency and so the client went along with it, understanding that the higher returns that were expected would more than offset the additional fees (we’ll come back to this in a minute).

If you’re confused now, you probably should be. Here is an org chart that deconstructs how the bank operated: 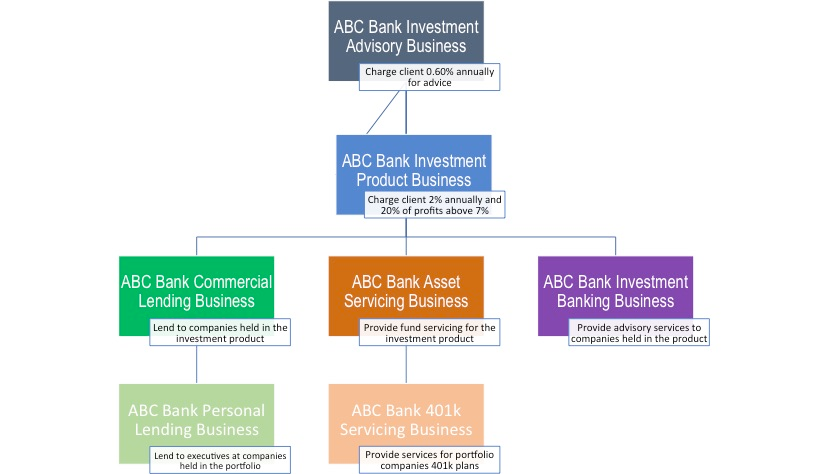 TRANSLATION: The bank actually had seven different lines of business making money on this one investment.


To quote the great Ron Burgundy: 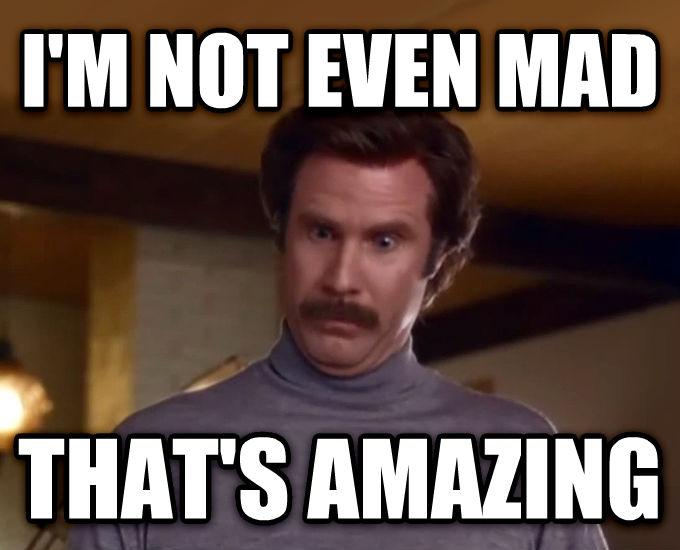 The conflicts are so rife in this one that it would take me another 3,000 words to accurately describe them, but here are just a few of my favorites:

In total, this fund has shown a net IRR of -11.4% since its inception five years ago, almost unfathomable given the strong performance in the sector over that period of time. The cherry on top of the "conflicticated" nature of the fund has been the horrible performance. When I started to read the fine print around some of their writedowns, I came across the following explanation for one of the aforementioned ones, which I found equally amusing and frustrating (again, I’ve redacted the company name):

“On April 30, 2018, XYZ Co. announced a series of transactions, including $500 million in new debt financing, a tender offer expected to net $240 million at $32/share, and $175 million in new equity funding which was an acceleration of an existing obligation.  While some or all (emphasis: mine) of these transactions are taking place below our initial cost, we believe there is still an opportunity to regain our cost in the years ahead.”

“While some or all of these transactions are taking place at or below our cost” is just fancy banker speak for “we just lost a bunch of your money.”

If it wasn’t so sad, it would be funny…but being "conflicticated" is no laughing matter.