Attempting to hit a baseball traveling over 90 miles per hour is an incredibly challenging thing to do.  So much so that if you can make contact and get the ball in play say one out of every three times you attempt to do it (i.e. carry a career batting average of .333), you will likely find yourself in Cooperstown as a member of the Major League Baseball Hall of Fame.

Such was the case for Tony Gwynn, a career .338 hitter and 15-time All Star.  Gwynn was consistent as all get out… he hit over .300 in 19 of his 20 seasons playing for his hometown San Diego Padres.

But over the summer of 1998, something strange happened… Tony Gwynn suddenly couldn’t hit.  Over a four game stretch in June of that year, Gwynn went 0 for 14 at the plate.   That was followed by an eight game stretch in July in which he went 2 for 29.

2 for 43 combined over those twelve games for a measly .047 average.  That would have been enough to send most major leaguers back to the minors…

But Tony Gwynn would go on to hit .321 that season, just below his career average of .338.

But for those fateful two summer months, he was really bad.

That, of course, stands in contrast to the previous summer of 1997 when Gwynn’s bat went a little crazy in a different way.  From May through June of that year, Gwynn went 39 for 79 for a mind-boggling batting average of .494 over the two months.

That pace wasn’t sustainable, however, and Gwynn would go on to cool down over the later summer months, eventually settling for a .372 batting average for the year, just above his long term average.

Crazy didn’t persist in either direction for Tony Gwynn… and it doesn’t for markets either.

So, since things have been a little crazy lately, here are some thoughts on… you guessed it… crazy:

Markets went crazy starting around this time last year.  First the world was falling apart and markets fell apart with it.  Then it suddenly wasn’t and it all came back together.  Wash, rinse, and repeat.

Bond markets were actually the craziest.  I wrote about this in the eponymously titled F*%k You, Pay Me in March of last year.  I can’t stress enough how crazy things actually were.

Equity markets are supposed to go crazy every so often.  Risk is what actually gives you the return… pretty tough to have one without the other.

Crazy only really exists in hindsight.  eToys went public in 1999 and its stock quadrupled on its first trading day.  The company was bankrupt within 21 months.

But crazy can persist for much longer than you think.  Those animal spirits are really something.

Things also usually get crazier than you think.  That’s because the only way to know where a boundary exists is to test it.  Take your pick: sadness or euphoria.

And crazy things happen more often than you think.  At any given moment, there are a ton of low probability events that can occur… and they often do.

But crazy doesn’t last.  Eventually everyone hits their average.  What’s yours? 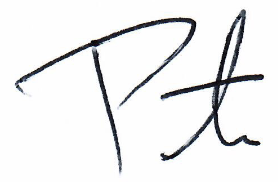