This is a post about the insanity of government bond prices…but first, let’s talk baseball:

The Mets have been a perennially bad franchise for most of their near 60 year existence. There have been periodic exceptions to this rule, most notably the storied 1986 team that won the World Series...and the hearts of all of the baseball-obsessed little boys across Long Island (like me!).

The 1986 crew was destiny’s team. They were a rag tag group of ballplayers who somehow found a way to pull a rabbit out of their sweaty old hats time and time again. There was Dykstra, Strawberry, Carter, Hernandez, and HoJo. And who could forget The Doc and Sid the Kid coming off the mound?? Jesse Orosco throwing his glove in the air in one final burst of joy following game 7? Our blue and orange cups runneth over!

But most people remember that season for one reason and one reason only: Bill Buckner letting Mookie Wilson’s weak groundball go through his legs during game 6, allowing Ray Knight to score and the Mets to pull off one of the most improbable game 7 victories in the history of sports. If you haven’t watched it in a while, take a second and watch it here. It still gives me chills!

The Mets had a rallying cry that year (and for many years that preceded it) that was really simple:


“Ya Gotta Believe” actually originated during the improbable Mets playoff run of 1973 when Tug McGraw (little known fact: father of Tim!) yelled it during a team meeting. The 1986 Mets made it famous again though.

That simple slogan has provided belief for long-suffering Mets fans for all of these years. Through hopeful World Series appearances and crushing World Series defeats, division titles and last place finishes, we’ve believed all the way. We never waver, we never get too far down, and we always know that there’s a reason to believe.

We’ll come back to this in a minute…

Markets have been a little crazy lately.  That’s probably an understatement but it’s true.  Markets were down over 10% last week alone, only to be followed by a 5% snapback rally on Monday and a 3% selloff on Tuesday...I'm tired just thinking about it.  Additionally, equity markets just experienced an almost unprecedented event in terms of the speed at which they’ve fallen from all time highs (it’s somewhere around a 0.1% chance if you compare it to all one week outcomes in history).

Anyway, as I said in my note last week, I’m not totally certain that coronavirus marks the end of the bull run but I also think there are some (possibly legitimate) risks out there at the moment.  Valuations are certainly a bit stretched, although the economic backdrop isn’t terrible.  Supply chain disruptions will bring down earnings estimates for the current quarter, although those are really transitory factors (so far...).

At the end of the day, I think equities are more fairly valued than they were a week or so ago (Hi, Captain Obvious here!) but I also think that a risk-off event like the one we’re currently experiencing makes investors of all stripes take a step back and reconsider what they’re doing…which probably leads to more selling.

On that note, I’ll point out something that I’ve recently reconsidered that I think is somewhat insane: current valuations of government bonds.  As most of you know, my opinion for some time now has been that interest rates are likely to stay lower for longer than the market expects.  That’s turned out to be one of the few really good calls I’ve made in recent years (I am a value investor after all!) and it’s definitely benefited client portfolios in that we haven’t been afraid to take on interest rate risk in the name of higher returns. My thinking around this has undergone a bit of a shift lately if only because I think market dynamics have moved to a place where it makes less sense for individual investors to continue to extend duration in their bond portfolios and bear further risk.

As of this writing, the 10 Year US Treasury note trades at a mind-numbingly low yield of 1.01%. Yes, the US government will lock up your money for the next ten years and, for the pleasure, you get to collect just a smidge north of 1% each year. That means that if it was a stock, the 10 year would trade at 100 times its earnings for the next ten years. I don’t care how stable the growth is, you wouldn’t do it if it was a stock and you shouldn’t do it for a bond either. It’s just bananas in my opinion.

In order to justify that type of valuation, you have to make some pretty draconian assumptions. You have to think that inflation won’t even make a peep for the next decade and that economic growth will continually underwhelm over that same period of time. You have to believe that the Fed will be forced to keep the pedal to the metal and that rates could go negative in the US as they have in other parts of the world.

Succinctly stated, if you're going to buy longer bonds then when it comes to the growth of the US economy...

Bonds play a vital role in portfolio construction by providing diversification benefits away from equities. More directly, they are supposed to act like an anchor for your portfolio in markets like the one we’re currently experiencing. But of late they’ve acted more like a rocket ship than an anchor, providing equity-like returns with little to no volatility. Since rates and prices move in opposite directions, this strong move higher in bond prices has driven rates on intermediate and long duration bonds to cash-like levels (even the 30 year Treasury currently yields only 1.63%!) but cash has greater optionality in that you don’t have to wait for it to mature and it’s always ready to be deployed should an opportunity come along. You can’t say the same for longer term paper.

Don’t get me wrong…bonds still have an important place in your portfolio…I just think shorter ones make a whole heck of a lot more sense these days.

Let me point out one other reason that I find governments bonds so unattractive as an investment for the next ten years...

Pop quiz: what do AT&T, 3M, Coca-Cola, and Procter & Gamble all have in common? 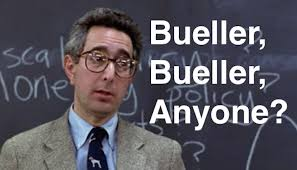 Answer: they’re all considered “dividend aristocrats”, the name for a group of companies that have increased their dividend payments every year for at least the past 25 years, all while being current S&P 500 constituents (there are currently 64 companies that qualify…I simply picked some names above that you would probably recognize). Through boom times and bad times, these companies have been able to consistently pay higher dividends, year after year. That includes the Tech Bubble, the Great Recession, the downgrade of US debt in 2011, and the fallout from the failure of Long Term Capital. It includes the inflation-ravaged 1970’s and Black Monday in 1987.

Consumer preferences changed, global pandemics took came and went, business cycles flourished and fizzled, and management teams were ushered in and out. Throughout all of it though, they have continued to pay their shareholders more and more each year for a pretty amazingly long period of time.

AT&T has been increasing their dividend for 35 years consecutively.

Coca-Cola has been increasing their dividend for 57 years consecutively.

3M has been increasing their dividend for 61 years consecutively.

Procter & Gamble has been increasing their dividend for 66 years consecutively.

So here is a simple thought experiment: what if they stopped?

Suppose none of the companies above decided that they wanted to continue to pay out shareholders at an increasing rate going forward and chose instead to freeze their dividend payments at their current levels for the next ten years. How much would their stock prices have to fall over the course of the next ten years in order for their returns to be equivalent to that of Treasuries? Well here you go:

Look, nothing lasts forever and a lot can go wrong with these companies that would impact their ability to pay and grow their dividends over the next ten years. They could focus more on growth and incorrectly allocate reinvested capital, they could suffer disruptions to their business models, they could be replaced by new or better technology…the possibilities are endless.

There’s also a lot that could go right that would allow them to pay and grow their dividends over the next ten years. They could continue to make rewarding shareholders a priority, they could continue to produce innovative products that people want, they could continue to acquire smaller rivals…the possibilities are endless.
So, to sum it up, government bond yields are at insanely low levels and they’ll probably stay this way for a little while since markets overshoot in both directions but I don’t think they’re necessarily worth the risk.

Dividend aristocrats, on the other hand, are still fairly valued and thus not overly attractive either. If you truly have a ten year time horizon though, I think you’re better off buying dividend-paying equities than you are buying interest-bearing government debt at this point.

So, when it comes time to bite the bullet and stomach some equity volatility in the name of a little extra income, just remember one thing: